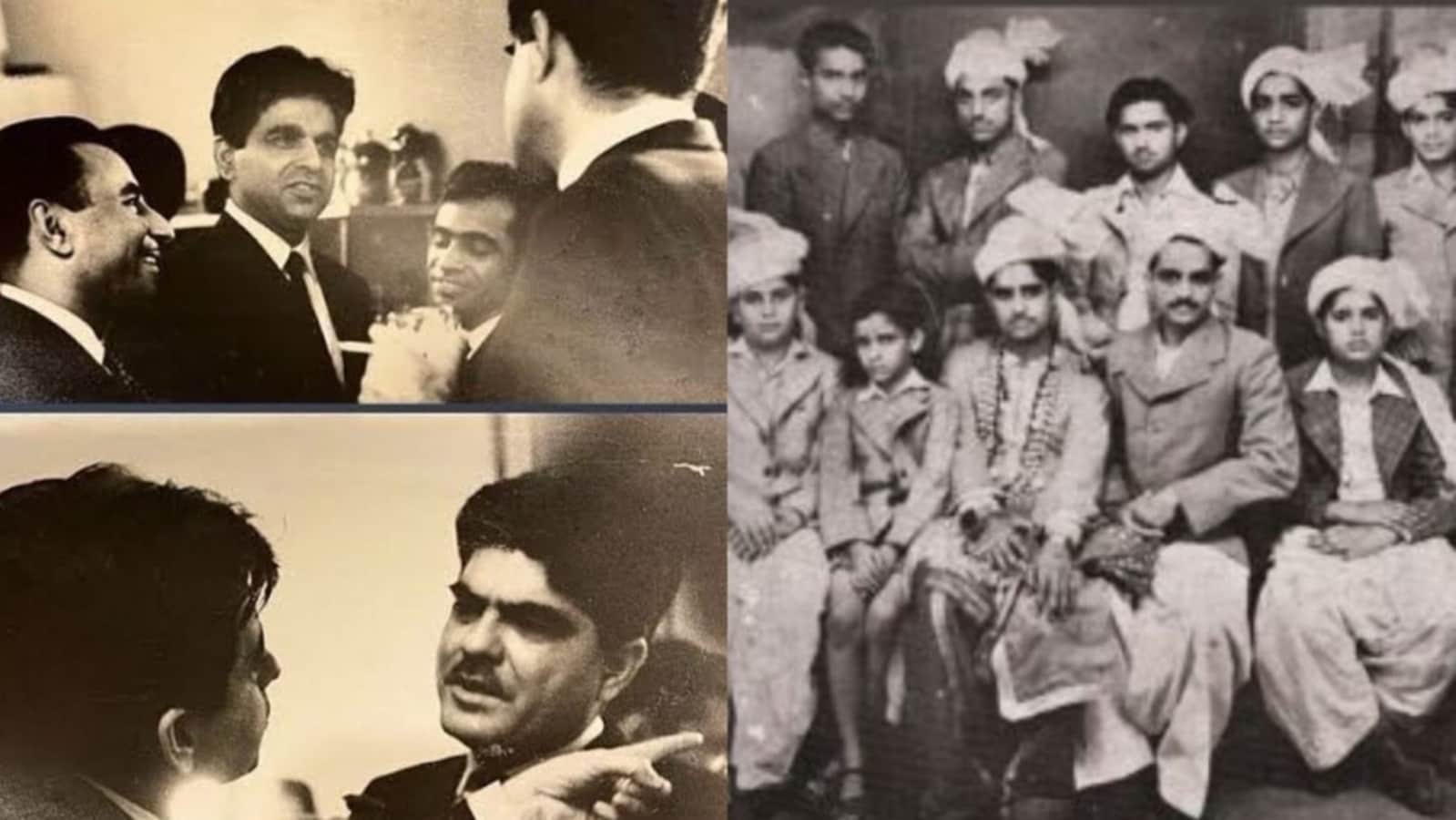 Actor Anil Kapoor wished his late father, film producer Surinder Kapoor on his 97th birth anniversary with a throwback photo also featuring late actor Dilip Kumar. Taking to Instagram on Friday, Anil posted the old collage in which Dilip and Surinder were in the middle of a conversation. In the first photo, Dilip Kumar smiled as he chatted with Surinder while several people looked at them. (Also Read | Anil Kapoor on 15 years of Welcome: ‘Majnu bhai picked up the paintbrush and rest is history’)

In the other picture, Dilip pointed at something over Surinder’s shoulder as the latter held his arm. Both of them were dressed in dark formal suits. Sharing the picture, Anil captioned the post, “When the great Dilip Kumar looks with so much warmth and love in his eyes for my father .. who was just an assistant in Mughal-e-Azam shows how much my dad was loved and respected as a human being .. till today everyone from the immediate family and all his colleagues and members of the film fraternity misses him and always have good things to talk about him which pumps my heart with pride… happy birthday papa … love you (red heart emojis).”

Reacting to the post, Ishaan Khatter posted red heart emoji and Anil reacted to him using the same emojis. A fan wrote, “Just the way we love and respect you.” “You truly are carrying his legacy and keeping up his name!! Maybe that’s a true shraddhanjali from children!!” read a comment. “I remember he has great affection for you too Anil ji.. Your noble dad used to talk so high about Yousuf sahab during his walk in back road Lokhandwala.. May Almighty bless both with peace…” said another person.

Mughal-e-Azam (1960) is a historical drama directed and produced by K Asif. The film stars Prithviraj Kapoor, Dilip Kumar, Madhubala, and Durga Khote. Surinder was one of the assistant directors on the film along with ST Zaidi and Khalid Akhtar. The film was a huge success.

Anil also shared a photo of his father, clicked in Peshawar ahead of India’s independence. In the black and white photo, several people sat on a bench while a few stood behind them. Anil wrote, “Raj Kapoor Uncle, Shammi Kapoor ji and my dad at a wedding in Peshawar in 1940.” He also added the hashtag–‘flashback Friday’.

Anil will next be seen in an upcoming web series alongside Aditya Roy Kapur, which is an official Hindi remake of the series The Night Manager. The series will stream exclusively on the OTT platform Disney+ Hotstar. Apart from that, he also has Siddharth Anand’s next, Fighter, alongside Hrithik Roshan and Deepika Padukone. He will also be seen in director Sandeep Reddy Vanga’s upcoming action film Animal along with Ranbir Kapoor, Rashmika Mandanna, and Bobby Deol.