UCHealth is a non-profit healthcare organization based in Colorado made up of 12 hospitals across the state.

The organization had a new use case for virtual care, a program called Virtual Deterioration. Essentially, it was trying to find patients who were deteriorating in the hospital sooner in order to provide rescue and treatment faster to give them the best outcome.

“What we were seeing prior to this program was a lot of variability as we tried to detect deterioration, and then once we were detecting it, reaching out to the bedside caregivers as to what happened next,” said Dr. Diana Breyer, chief medical officer of the Northern Region at UCHealth.

“And so, this was very much a part of our plan to decrease that variability for patients that were staying in place for us to be able to monitor them consistently with more frequent vital signs to make sure we really had rescued them and utilized technology to keep an extra set of eyes on them,” she added.

UCHealth already had implemented vendor AvaSure’s TeleSitter platform for patient safety and the vendor’s Verify for virtual ICU. It expanded use of these technologies to Virtual Deterioration.

Prior to implementing the technology, the process for virtual deterioration involved staff in a remote clinical command center working in tandem with frontline staff. 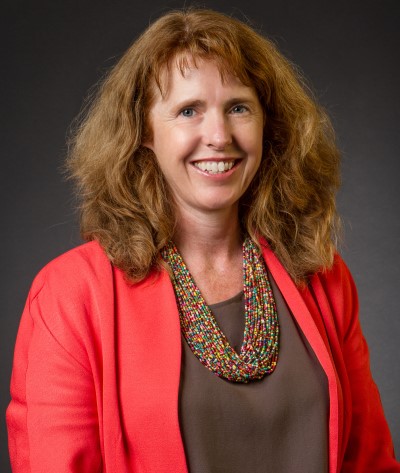 “While there are now great technology solutions to some of these problems, the heavy lift is the change management with your bedside team, the non-technology piece.”

“And we did try a process before we employed the technology, where it was a lot of secure chat through our EHR, similar to texting, in addition to a lot of phone calls and not really being able to visualize our patients,” said Amy Hassell, RN, senior director for the Virtual Health Center at UCHealth.

“This approach created a lot of friction and interruption to the bedside staff who were trying to do hands-on tasks with the patient,” she continued. “So we decided to bring in an audio-visual connection. We have mobile carts, and some of our hospitals have cameras in the ceiling so we can just turn on that camera when a deterioration event is occurring.”

With the camera in the room, physicians and nurses in the command center now can see and interact with the patient as well as the care team.

“They’re able to see what’s occurring so that it’s just like we’re in the room with that care team member,” Hassell explained. “When we do this, it helps us cut down on phone calls and interruptions at the bedside, allowing us to still participate and do our part of the program.

“The program provides support and makes sure milestones of care are being met throughout that deterioration event, and help triage if needed,” she continued.

Because it’s a clinical command center that operates a lot of equipment and different platforms, staff have a weekly operational meeting with the IT team that supports the area.

“They were part of our planning phases; further, we did our own IT technical dress rehearsals ahead of implementation with the clinical folks each time we went live,” Hassell explained. “IT is in lockstep with us and have been very helpful to getting this deployed by helping support us, navigate us through the bumps, as we push the envelope. They’re great partners to us and have been since the very beginning.”

There are many vendors of telemedicine technology and services on the health IT market today. Healthcare IT News published a special report highlighting many of these vendors with detailed descriptions of their products. Click here to read the special report.

Today, the Virtual Deterioration technology is a separate platform. There’s going to be context-aware linking soon, and that will help because then staff can go right in from the patient’s chart through that portal.

Clinicians at the bedside use this technology. Nursing staff and physician staff are the ones pulling the monitoring equipment into the room and using it at the bedside. On the reciprocal end, it’s the remote clinical command staff who are accessing that camera to participate with the team and interact with them.

UCHealth is in the midst of developing a new role called the “patient technology technician.” 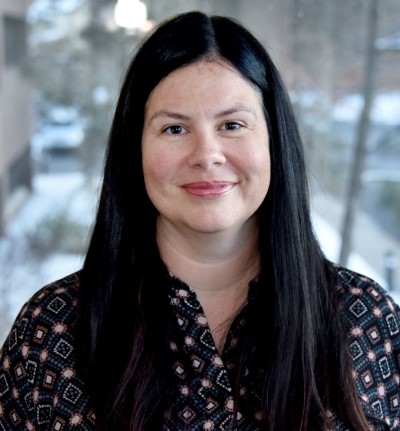 “Once the patient is stabilized, and they’re staying on the floor, the nurses then go see other patients that they’ve not seen for a while.”

“The patient technology technician is a staff member who brings the mobile device into the room so that nurses and physicians don’t have to be responsible for setting it up, and they can remain focused on the patient,” Hassell said. “That’s been successful. We’re really trying to get all of our folks operating at the top of their license.

“This role will be very helpful as we continue to scale it, so the nursing staff aren’t the ones having to bring monitoring equipment to that rapid response,” she added.

When UCHealth started looking at this project, it looked for deterioration in particular, such as what are the metrics being sought. One of them that is well-established in the literature is around decreasing code events in the acute care setting, Breyer noted.

“Those patients ideally are brought to the ICU and if they’re going to code, code there, or if they’re rescued,” she said. “So we have seen improvement throughout the work that we’ve been doing around deterioration in this space both in the northern and southern region of UCHealth where we’ve implemented the solution.

“And that’s probably our biggest metric that we’re able to measure,” she continued. “I’ll add that in the space of deterioration, it is sometimes difficult to measure what you’re doing because you’re trying to show that you’re now doing something that you were previously not doing. And measuring that omission can be a challenge.”

The other thing staff are measuring as a process metric is for those patients who stay in place and are not being moved to a higher level of care at the time of their rapid response event.

“We are measuring a consistent post-RRT intervention that we previously did not have,” Breyer said. “That’s another area that we’re monitoring. Ultimately, we would like to see this improve mortality, but that’s more of a lagging indicator, and that one is a little more variable in the literature as to how much they affect these deterioration events.”

Hassell stresses the organization is going to have to continue to trend this and the lagging indicator of mortality within the patient population being touched.

“But we have early data where we’ve seen our rapid response rates increase anywhere from 26% up to about an 86% increase, depending on what location you’re looking at as we’ve done this across our system,” she reported. “And then, in early data again, we’ve seen our code blue events in our acute care areas go down by 25% to 70%.

To Breyer’s point, UCHealth has seen the post-monitoring period, because it’s leaving that camera in place for six hours and virtual staff are helping oversee and watch that patient in conjunction with the frontline staff who are very busy.

“And so we’ve seen an increase in post-rapid response vitals anywhere from a 39% increase up to 152% increase of vitals being ordered, and then working on getting them completed,” Hassell explained. “It’s been a large range that we’ve seen, but a lot of intentionality because resources are tied up in that rapid response call.

“Once the patient is stabilized, and they’re staying on the floor, the nurses then go see other patients that they’ve not seen for a while,” she continued. “And so we’ve got to make sure that we’re taking time to watch over the patient in that kind of fragile window when they still could continue to deteriorate and need a higher level of care. That’s where we put a lot of focus and energy, and those are some of our early metrics.”

The piece Hassell likes about the technology currently in use is that staff have been able to flex it for a different use case that’s been highly valuable.

“We’re still working on making it an improved platform with the company, but I also think that it’s been instrumental and opened up pathways for us that we wouldn’t have previously had,” she noted. “We weren’t seeing the success that we’re seeing now until we introduced the camera piece because it solved those issues we mentioned.

“And so if you are considering any sort of hybrid approach from, for example, a clinical command center or nursing workflows, you want to have a great platform that you feel your staff can use and interact with seamlessly and with ease,” she advised.

From a technology standpoint, having it be easy and seamless for the bedside team is key, Breyer said.

“While there are now great technology solutions to some of these problems, the heavy lift is the change management with your bedside team, the non-technology piece,” she concluded. “And so that’s where a lot of the energy for a successful project must be.”

Listen your body, it could save your life ! hot news